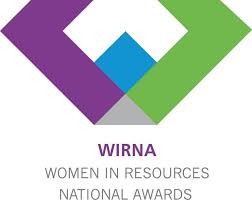 The Women in Resources and Manufacturing Tasmania Awards recognise the achievements of women in the mining, manufacturing and resources sectors. In doing so, they reinforce the benefits of gender diversity to business performance and raise the profile of the sector as an inclusive and rewarding career option for all young Tasmanians.

Women in Resources and Manufacturing Awards are inspiring greater female participation in the resources industry and helping the industry reach its goal of at least 20 per cent of women in non-traditional roles by 2020.

The Tasmanian Awards are held annually with winners of state categories going on to represent Tasmania in the National Women in Resources Awards event.

The Awards are a partnership between the Tasmanian Minerals, Manufacturing & Energy Council and the AusIMM state WIMnet (Women in Mining Network) group.

The eighth annual Tasmanian Women in Resources and Manufacturing Awards was launched on 25 February 2021 with entries accepted in six award categories until 31 March.

Winners of the 2021 Tasmanian Awards will be announced in Hobart on Wednesday 2nd June.

The Women in Resources National Awards is a partnership between the Minerals Council of Australia and its Northern Territory and Victorian branches, the Chamber of Minerals and Energy of Western Australia, the Queensland Resources Council, the New South Wales Minerals Council, the South Australian Chamber of Mines and Energy, and TMEC, with support from various state Women in Mining Network branches. The awards profile women in the Australian resources sector, providing ambassadors and role models as an aid to the attraction and retention of women in the resources sector.