Macquarie House is an 1830’s four storey warehouse in the heart of Launceston, Tasmania. Having sat vacant for decades, it is soon to enter a new chapter as a co-working space to support start-ups in the technology, digital and creative industries. RDA Tasmania’s pivotal role in this transformation provides a case study of how the Australian Government’s Regional Development Australia program develops project proposals and connects entrepreneurs with growth programs.

The proposal for a co-working space was presented at a community forum in May, 2013.  Start-ups require a different ecosystem of support than traditional new businesses.  A start-up is a temporary model to test and validate a business idea. It will both attract private investment and rapidly increase in scale, or it will fold if it can’t prove its value.  Digital based business ideas have the greatest potential to increase their scale because the service can be accessed by anyone with a computer or device, thus the tendency for start-ups to have a technology and digital focus.  In 2013, it was visible that Launceston could not provide the relevant technical and entrepreneurial support for start-ups and the Macquarie House proposal was welcomed as an innovative way to create a process to address this.

RDA Tasmania’s staff met with the proponent shortly after the community forum and began to put a project framework around the concept to clarify its viability and identify ways to move forward, particularly with the building’s owners, City of Launceston.  This coincided with a call for expressions of interest for funding though the economic diversification stream of the Tasmanian Forestry Intergovernmental Agreement, into which the proponent submitted a project titled Macquarie House Innovation Hub. At the end of July, 2013, about a dozen weeks after the proposal was first presented at the community forum, it was announced the expression of interest had been approved and $3 million had been allocated for the Macquarie House Innovation Hub.

RDA Tasmania stepped forward to facilitate the multiple stakeholders around the task of figuring out how to make this project work.  RDA Tasmania formed a sub-committee compiled of stakeholders and worked with them through a range of activities.  By June 2014 the sub-committee had submitted a satisfactory business case to the Department of Infrastructure and Regional Development to release the funding and worked through a Memorandum of Understanding with the City of Launceston to transition the project from the sub-committee into the council’s operational plans. RDA Tasmania invested $5,000 into the business case for Macquarie House.

The key benefits of RDA Tasmania’s involvement were the provision of an independent and neutral governance structure, expertise in project development and seed funding for the business case.

"I can safely say that this project wouldn't have got off the ground without help and support from the RDA team in Tasmania.  RDA helped us to develop our business case, find the right people to speak to and navigate the difficult landscape of government funding.  Their support was particularly important in the very early days of the project, when we were still building the necessary governance structures for the project and we needed support while we bridged that gap.  RDA helped us maintain momentum through a period of rapid change and growth and supported us until the project was ready to stand on its own two feet". James Riggall 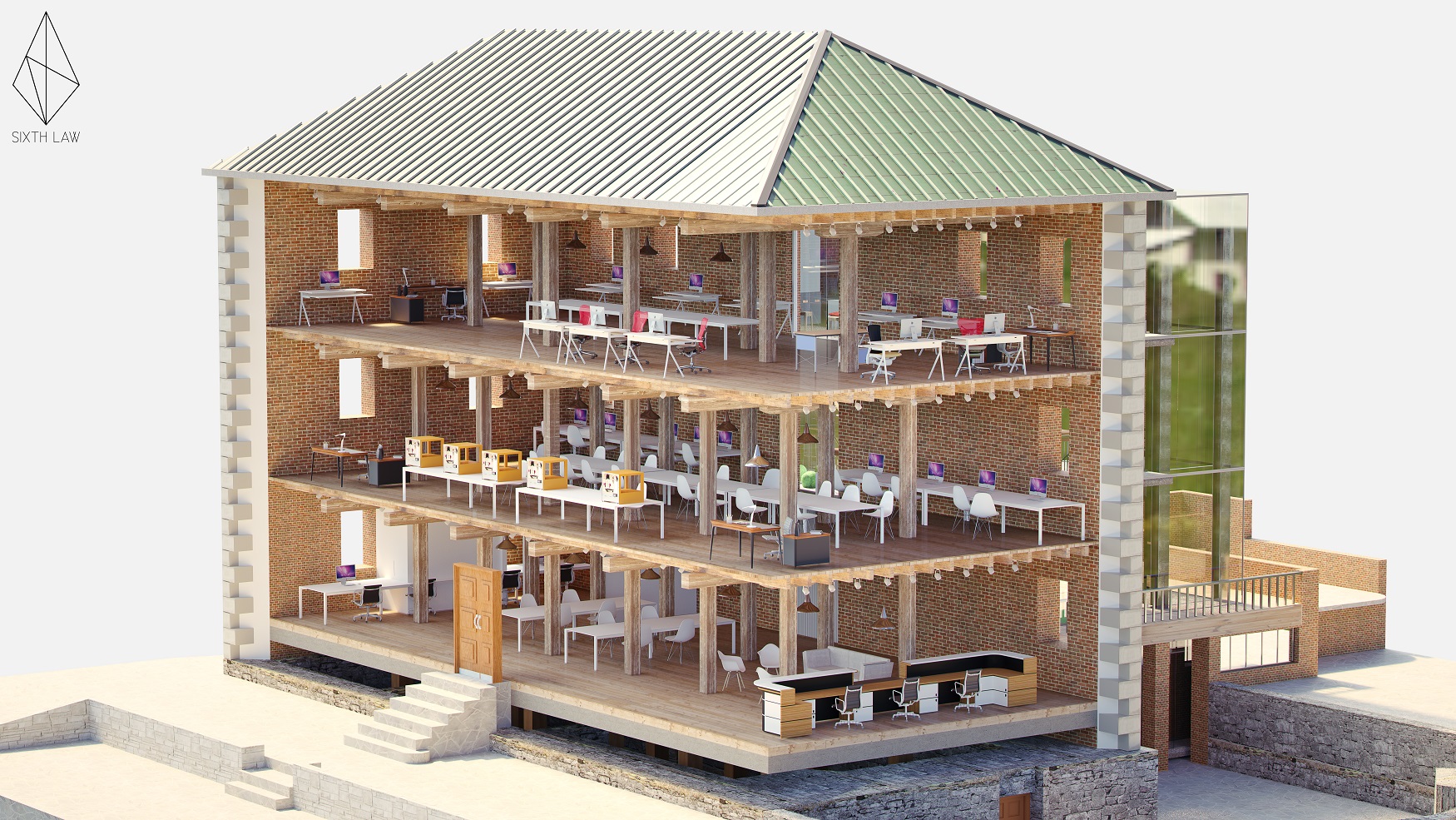 In March 2016, Information Technology and Innovation Minister Michael Ferguson announced the Tasmanian Government will invest $500,000 into two Entrepreneurship and Incubator Hubs which includes Macquarie House Innovation Hub and another in Hobart.  This announcement by the Tasmanian Government was supported by University of Tasmania Deputy Research Vice-Chancellor Brigid Heywood who announced the University will employ two entrepreneurship experts to collaborate with the hubs.  As an interim measure until construction work on Macquarie House is completed in late-2018, the Tasmanian Government have operated a temporary co-working space in Launceston.  The space is named Enterprize, after the ship that took supplies from Tasmania to establish the settlement that has grown to become Melbourne.  Enterprize offers free work desks and regularly accommodates individuals and groups, with approximately ten start-ups under development at any time.  This is supported by an events program including hackathons, coding clubs, networking events, technical classes and presentations by entrepreneurs and industry leaders.  RDA Tasmania continues to be engaged and have helped Enterprize with two successful Building Better Regions Funds applications, as well as promoting and supporting events.  The positive outcome from Enterprize is that there is now broad engagement with the Tasmanian start-up sector. Thousands have attended events, including school age students, undergraduates at the University of Tasmania, leaders from traditional industries as well as those interested or attempting a start-up.

Moving forward, it looks like Macquarie House will have a greater impact than the sub-committee had hoped for. Thanks must be given to the Office of the Coordinator General whose international knowledge facilitated the Tasmanian Government’s commitment and to James Riggall who has driven his original idea to create a regional community of collaborators.