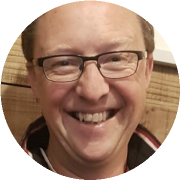 A proud and passionate Tasmanian, Andrew offers perspective gained from an international career in both the public and private spheres.

Educated in Launceston, Andrew later graduated with Degrees in Economics and Laws from the University of Tasmania in Hobart. He relocated to Sydney along with his young family as CEO of a representative group during the development of the Murray-Darling Basin Plan. Subsequent to 7 years in that role, Andrew moved to the private sector joining a London-listed multinational FMCG company as Head of Corporate and Legal Affairs covering Asia and the Pacific. In that same role, he relocated to Moscow to take charge of Russia and Central Asia before assuming a global Director role based in Amsterdam.

Returning to Tasmania in 2018, Andrew and his wife, Dina, established the Tasmania Tonic Company, a small business that now employs 4 Tasmanians and continues to grow.

With the passion of a native son and the perspective of an external view, Andrew is firmly of the opinion that Tasmania’s best days lie ahead – and looks forward to contributing to realising them. 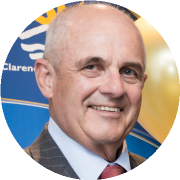 RDA Tasmania Deputy Chair and Mayor of the City of Clarence

Doug Chipman is a 7th generation Tasmanian, who returned to the State after 36 years full-time service in the Royal Australian Air Force.  His education started at Cambridge Primary School and he attended both Hobart and Launceston High Schools before joining the Air Force as a cadet in 1964.

A pilot and flying instructor, Doug flew Caribou, Hercules and Boeing 707 aircraft; and held a number of senior command appointments, culminating with command of Air Force Training Command from 1998 to 2000.  Other postings involved Doug in policy development, project management and commercial support.

His overseas service included postings to the United States and Pakistan, and attachments to Indonesia, and Papua New Guinea.

Reaching the rank of Air Commodore, Doug transferred to the Air Force Reserve in 2000 and retired from the Service in 2011.

Doug was elected as an alderman to Clarence City Council in 2000, Deputy Mayor in 2007, and Mayor in 2011, a position he continues to hold.

As a councillor, Doug has focused especially on the economic and community development challenges confronting the growing municipality, along with managing the impacts of climate change.

He was also elected as the Chief Owner Representative for Taswater in 2018 for a three year term.

Doug married Jo Donnelly 51 years ago and they have three adult children and seven grandchildren. 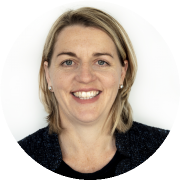 Kathleen’s previous professional experience in marketing, strategy and business development was gained mostly in manufacturing, agriculture, nanotechnology measurement and Fast Moving Consumer Goods (FMCG). She offers a broad global perspective having coordinated Meat & Livestock Australia's marketing programs into South East Asia and lived extensively in Europe and South America. This varied industry experience places her well as a PhD Candidate with the University of Tasmania, to research into employability and skills on the Cradle Coast.

Kathleen holds a Bachelor of Business / Bachelor of Arts in International Studies and a Governance in not-for-profit qualification from the Australian Institute of Company Directors. 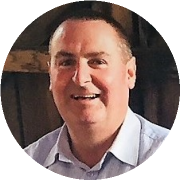 Gary’s current role is with TasPorts as Senior Commercial Manager.  This role involves actively liaising with Tasmanian supply chain stakeholders, generating a detailed understanding of business requirements and operations, and how they interact across the logistics plane and working with customers to determine long term commercially viable supply chain solutions.  Gary has in excess of thirteen years experience in the supply chain in Tasmania, including ten years with the Port of Melbourne.

Gary has held past Board positions on a not for profit organisation, as well as at FMCG and Development businesses, including undertaking the role and responsibilities of Company Secretary.  Gary also has a current position on the Audit Committee of one of Tasmania’s Local Government municipalities.  Other Board memberships are Tasmanian Freight Committee, and the Regional Development Australia (Tasmania) Committee.

Gary has a Commerce under-graduate degree, plus post graduate qualifications, which has culminated in the completion of a Master of Business Administration.  Gary is a Fellow of CPA Australia and is a Graduate of the Australian Institute of Company Directors course. 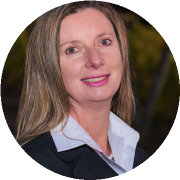 Sarah is CEO of Sarah Hirst Strategy, a boutique communications, brand and storytelling consultancy working with clients predominantly in the agriculture, regional development and investment sectors.

She grew up on a farm in northern Tasmania before embarking on her journalism career at the Launceston Examiner, the Weekly Times in Melbourne and the Herald Sun in Canberra’s Federal Press Gallery. Sarah travelled through Africa for five months, worked in public relations and event management in London, managed Public Relations for the National Farmers’ Federation, was CEO of the Wine Industry Association of WA and Brand Manager for Gunns Limited.

Sarah and her husband Mark owned and managed the multi-award-winning Leaning Church Vineyard for 11 years, as well as Lilydale Larder. She was a Director and Co-Founder of Tasmania Invest, current Chair of the Tasmanian Cycling Investor Group, former Chair of the North East Rail Trail Board, was an inaugural Board Member of Tourism Northern Tasmania and is a graduate of the Australian Institute of Company Directors.

Sarah and Mark have two children, Lachie and Gracie, and they share a love of camping, travelling, fishing, food, wine and new projects! 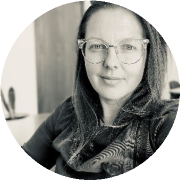 Executive Director, Strategy and Business Development for the College of Arts, Law and Education

Tina Psereckis is an experienced transformation leader across both the private and public sectors, returning to the state after time as a management consultant.  Her Kindergarten education started in Zeehan and she has graduated with a degree in Economics from the University of Tasmania.  Tina has been fortunate to have since lived, travelled, and worked in multiple states and countries, and is grateful to again call Tasmania home.

Throughout her career, Tina has been responsible for delivery of change and transformation in complex environments.  Since returning to Tasmania in 2013, she has led successful and significant projects for both Federal Group and the University of Tasmania (UTAS) – organisational redesign, responses to COVID, new strategy development and implementation, business development that increases profitability and IT-driven transformation.

In her current role with UTAS, Tina is the Executive Director, Strategy and Business Development for the College of Arts, Law and Education.  This role leads change and contributes to impact areas such as educational attainment, sustainability, industry success, social and individual wellbeing and digital accessibility. 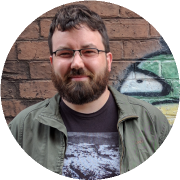 James Riggall is a Tasmanian entrepreneur and academic who is based in Launceston.

James is the founder and managing director of Bitlink, a local technology education company and a senior industry fellow with the University of Tasmania where he teaches entrepreneurship.  In addition to his role with the University of Tasmania, James also travels to the United States each year to teach extended reality (virtual and augmented reality) technology at Bellevue College in Bellevue, Washington State.

Alongside his role with the RDA Tasmania committee, James is also chair of the Queen Victoria Museum Governance Advisory Board, chair of the Pearcy Foundation in Tasmania and a director of Enterprize Tasmania.  James is a Fulbright Scholar, a winner of the Benson Award for Entrepreneurship and was one of the first Ambassadors for Public Education in Tasmania. 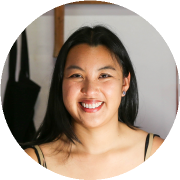 Clara brings a unique perspective that combines creativity with commercial reality, gained from a broad range of experiences in the design, retail and hospitality industries.

Originally hailing from Western Australia, Clara graduated from the University of New South Wales with a Bachelor of Laws and a Bachelor of Architecture. Clara began her career working on luxury residential projects and achieved registration with the NSW Architects Registration Board. Following this, Clara established businesses in design and retail, supporting emerging creative brands and working closely with the City of Sydney Creative Spaces Program.

Since relocating to Tasmania, Clara has immersed herself in the local food, beverage and tourism sectors. She was a member of the Tasmanian Whisky Week Committee, actively promoting Tasmanian spirits. She is currently the Creative Director for New Norfolk Distillery and develops events, venue and retail strategies for the business.

Now living in the Derwent Valley, Clara is passionate about supporting innovative strategies that will help businesses and communities flourish in regional Tasmania. 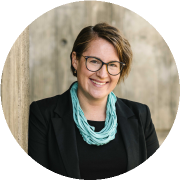 Kaitlin has extensive experience across the public and private sector having held a number of roles contributing to regional, economic and social development in Tasmania. Most recently, Kaitlin has been deeply embedded in the Tasmanian Startup Ecosystem where she delivered Tasmania's only industry agnostic incubator program through her role with Enterprize Tasmania Ltd.

Professional interests aside, Kaitlin is an outdoor enthusiast and a keen mountain bike rider, is the Immediate Past President of the Alliance Française de Launceston, and has participated in Tasmania's small but vibrant Irish dancing community for the past 25 years.

Kaitlin holds a Bachelor of Arts with First Class Honours in Public Policy from the University of Tasmania. 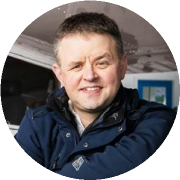 Managing Director of Airlines of Tasmania

Shannon is the managing director of Airlines of Tasmania (“Par Avion”), a family-owned aviation business, focusing on Flying Training and Tourism based at Cambridge Aerodrome in Hobart. He has been working here mowing lawns or washing planes since childhood. Wanting a career as an airline pilot, Shannon flew a Cessna 172 solo at age 16, gained his private licence at age 17, however, stepped away from aviation to focus on studies at the University of Tasmania with a Bachelor of Commerce & Bachelor of Information Systems, and got a graduate role at a Big 4 bank and worked here for several years, working across all parts of Tasmania and including a period in Sydney.

With “head office” applying pressure to move to the “mainland” permanently, Shannon took up a 6 month career break to return to aviation, and 11 years later hasn’t returned.

Shannon is an advocate for tourism and aviation, being actively involved in the promotion of the state through various trade missions both domestically and internationally, he feels extremely lucky to not only be able to personally fly over this beautiful state, but also promote the state as an ideal flying training location and tourism destination and share his love of this place with others.

Shannon is a Fellow in the Financial Services Institute of Australasia, a Fellow in the Institute of Managers and Leaders and a Graduate Member of the Australian Institute of Company Directors. He has a Diploma of Business, a Masters in Applied Finance, and was awarded the Tourism Ministers Young Achiever Award in 2015. 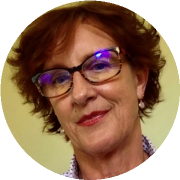 Sheree is a passionate advocate for all things Tasmanian – she was born in Tasmania, educated at the University of Tasmania and worked for the Tasmanian Department of Education and when she moved into other Executive positions chose to fly in and out of Tasmania rather than relocate to the mainland to fulfil work commitments.

Sheree is a highly experienced Executive having successfully led, managed, and advocated for, many complex organisations in the public sector, not- for profit, professional associations, private sector and community development.

Sheree is currently a director for the Cradle Coast Authority, Chair of the Regional Economic Development Steering Group, a recently appointed member of the University Council, Executive Secretary for the International Confederation of Principals as well as working as a private consultant and providing pro bono support for a number of community organisations.

In 2017 received an Australia Medal (AM) in recognition of her significant service to secondary education, professional leadership and educational administration association and youth.